Both Christian and secular Easter games are available in this printables collection sold by Print Games Now. Choose your favorite individual games or save big and buy the complete collection of printable Easter party entertainment. 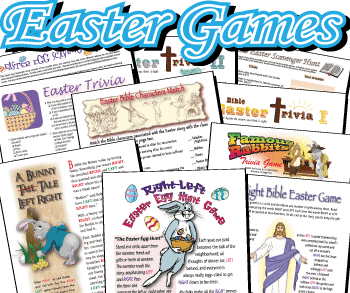 Party Pack contains all the games below, plus many more! Includes both Bible and bunny print and play fun.

Easter is right around the corner and with the holiday comes the sunny days of spring, children dressed in their best seersucker suits and bonnets with baskets full of chocolate bunnies and colorful eggs.

But what in the world does a bunny have to do with Easter? 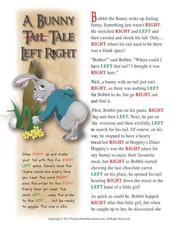 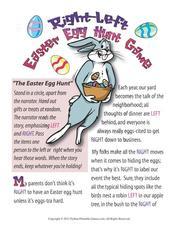 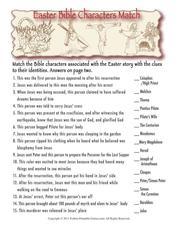 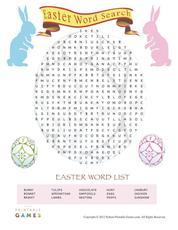 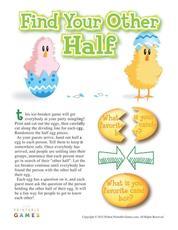 Easter: Find Your Other Half Easter Egg 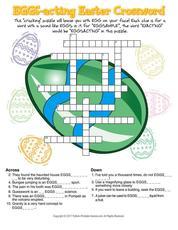 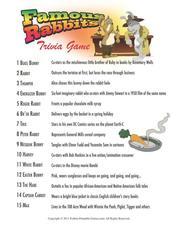 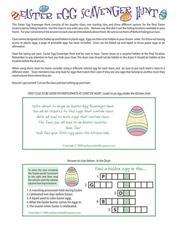 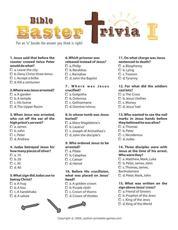 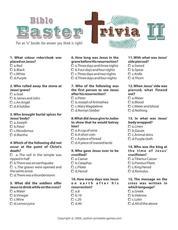 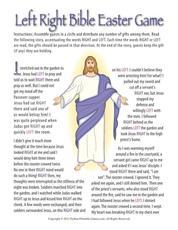 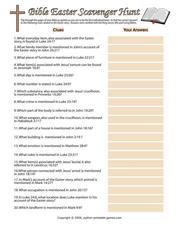 What does a rabbit have to do with Easter?

The symbol of the Easter Bunny originally came from the pagan festival of Eastre or Eostre, the ancient goddess of fertility. This festival celebrated replenishment, rebirth, the renewal of life, and spring.

In Germany it was believed that the Easter Hare would leave gifts of colorful eggs for all the well behaved children who had made a nest for the animal.

The children would build their nests in secluded places out of their bonnets or caps and excitedly await the arrival of the Oschter Haws. It is believed that the Germans brought this tradition with them as they migrated to North America during the 18th century.

However the celebration of the Easter and the rabbit were not widely celebrated in America until after the Civil War.

As time passed the traditional took on some new forms and by 19th century America the Easter Hare morphed into the Easter Bunny and children's nests of caps and bonnets became baskets which are now filled with more than just colorful eggs.

Baskets now include chocolate candies, jelly beans, marshmallow peeps and other assorted goodies, a and this spring holiday is celebrated by Christians and non-Christians alike as a celebration of life and spring.